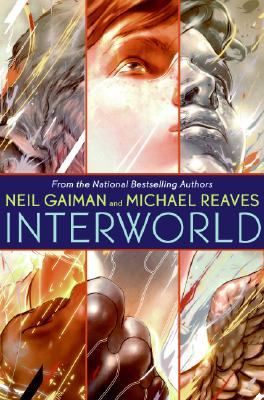 By Neil Gaiman, Michael Reaves
$17.99
Email or call for price.

This is book number 1 in the InterWorld Trilogy series.

InterWorld tells the story of Joey Harker, a very average kid who discovers that his world is only one of a trillion alternate earths. Some of these earths are ruled by magic. Some are ruled by science. All are at war.

Joey teams up with alternate versions of himself from an array of these worlds. Together, the army of Joeys must battle evil magicians Lord Dogknife and Lady Indigo to keep the balance of power between all the earths stable. Teens—and tweens and adults—who obsessively read the His Dark Materials and Harry Potter series will be riveted by InterWorld and its sequel, The Silver Dream.

Michael Reaves is an Emmy Award-winning television writer and screenwriter who has written, story edited, or produced nearly four hundred teleplays for various series, including Star Trek: The Next Generation, The Twilight Zone, Sliders, and Monsters. He has published many books, including the New York Times bestseller Star Wars: Darth Maul: Shadow Hunter. He's also written short fiction, comic books, and the dialogue for a Megadeth video. He lives in California.

“A mind-stretching ride for which all tweens and teens (and many adults) will be grateful.”
— Voice of Youth Advocates (VOYA) (starred review)