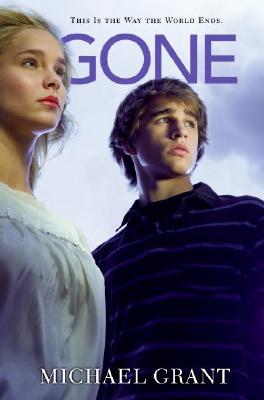 By Michael Grant
Email or call for price
Special Order

In the blink of an eye. Everyone disappears. GONE.

Except for the young. Teens. Middle schoolers. Toddlers. But not one single adult. No teachers, no cops, no doctors, no parents. Just as suddenly, there are no phones, no internet, no television. No way to get help. And no way to figure out what's happened.

It's a terrifying new world. Sides are being chosen, a fight is shaping up. Townies against rich kids. Bullies against the weak. Powerful against powerless. And time is running out: On your birthday, you disappear just like everyone else...

“Extraordinarily skillful pacing, which leaves the reader constantly on the verge of a new discovery.”
-KLIATT

“If Stephen King had written Lord of the Flies, it might have been a a little like this novel.”
-Voice of Youth Advocates (VOYA) (Starred Review)