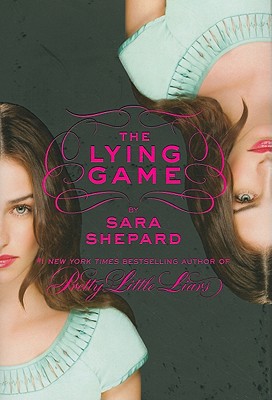 This is book number 1 in the Lying Game series.

The first book in the New York Times bestselling series The Lying Game, by the author of the bestselling Pretty Little Liars series, Sara Shepard.

Shortly before her seventeenth birthday, Emma discovers she has a long-lost twin named Sutton Mercer. She contacts Sutton, who agrees to a rendezvous but never shows up.

Curious at first, Emma slips into Sutton’s ultra-glamorous life, assuming her identity. When it becomes clear that Sutton is not coming back, that someone made sure she never could, Emma plunges in to investigate who could have wanted her sister gone (a fairly long list, she discovers).

Unfortunately, taking over Sutton’s life means innocent little Emma has inherited all that bad blood—and then some.

“The Lying Game is a stay–up–past–your–bedtime type of thriller…full of amazingly believable plot twists and turns.” — Voice of Youth Advocates (VOYA) (starred review)

“A fun and fast–moving mystery…[readers] will race through the pages as Emma pieces together clues and will have plenty to ponder as they anticipate the next installment.” — Publishers Weekly

“A thrilling mystery with just the right doses of romance and danger.” — School Library Journal