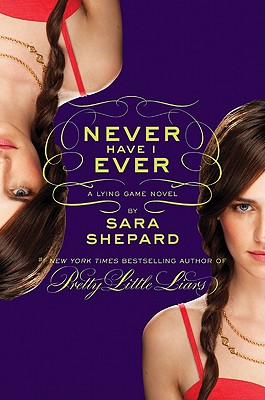 By Sara Shepard
Email or call for price
Special Order

This is book number 2 in the Lying Game series.

Sutton Mercer is dead, but only a few people know it. Her long-lost twin, Emma, has stepped into her shoes—doing her best to flirt with Sutton’s boyfriend, hang with her friends, and live with her family all while tracking down Sutton’s murderer. But the killer wants Emma to keep playing the part of Sutton—after all, no missing person means no investigation—and will do anything to make sure Emma toes the line...or else.

Praise for The Lying Game: “The Lying Game is a stay-up-past-your-bedtime type of thriller…full of amazingly believable plot twists and turns.”
— Voice of Youth Advocates (VOYA) (starred review)

“A fun and fast-moving mystery…[readers] will race through the pages as Emma pieces together clues and will have plenty to ponder as they anticipate the next installment.”
— Publishers Weekly