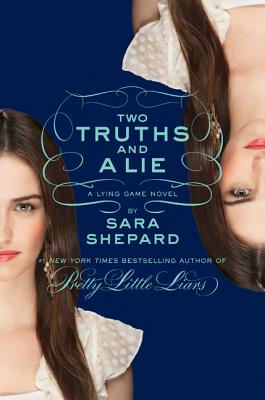 By Sara Shepard
Email or call for price
Special Order

This is book number 3 in the Lying Game series.

Foster child Emma Paxton is finally starting to get the hang of walking in her dead twin sister’s fabulous shoes, even as she tries to track down Sutton’s murderer.

But Sutton was no angel, and the pranks she and her friends pulled leave Emma with a long list of suspects. The most mysterious of them is Thayer Vega, who’s currently missing—a fact which many of Sutton’s friends blame on her. Emma has no idea what Sutton did that could have driven Thayer away. Until Thayer himself shows up on her doorstep.

Is he here to get revenge? Or is it possible he already has?

Praise for The Lying Game: “The Lying Game is a stay–up–past–your–bedtime type of thriller...full of amazingly believable plot twists and turns.”
— Voice of Youth Advocates (VOYA) (starred review)

“A fun and fast–moving mystery…[readers] will race through the pages as Emma pieces together clues and will have plenty to ponder as they anticipate the next installment.”
— Publishers Weekly