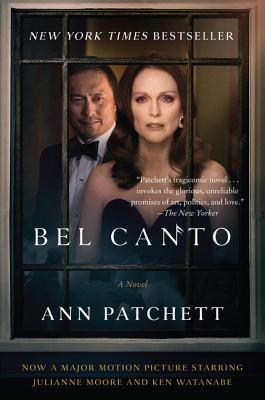 By Ann Patchett
Email or call for price
Hard to Find

A beautiful, surprising and classic novel of the bonds that form between people forced together in a hostage-taking incident. I can't wait to see the movie!

Somewhere in South America, at the home of the country's vice president, a lavish birthday party is being held in honor of the powerful businessman Mr. Hosokawa. Roxanne Coss, opera's most revered soprano, has mesmerized the international guests with her singing.

It is a perfect evening—until a band of gun-wielding terrorists takes the entire party hostage. But what begins as a panicked, life-threatening scenario slowly evolves into something quite different, a moment of great beauty, as terrorists and hostages forge unexpected bonds and people from different continents become compatriots, intimate friends, and lovers.