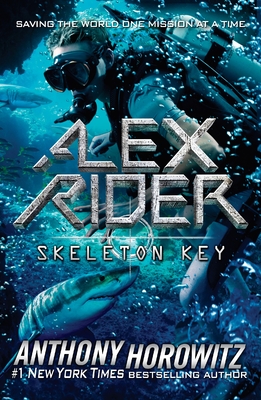 This is book number 3 in the Alex Rider series.

Alex Rider is an orphan turned teen superspy who's saving the world one mission at a time—from #1 New York Times bestselling author!

Alex Rider has been through a lot for his fourteen years. He's been shot at by international terrorists, chased down a mountainside on a makeshift snowboard, and has stood face-to-face with pure evil. Twice, young Alex has managed to save the world. And twice, he has almost been killed doing it. But now Alex faces something even more dangerous. The desperation of a man who has lost everything he cared for: his country and his only son. A man who just happens to have a nuclear weapon and a serious grudge against the free world. To see his beloved Russia once again be a dominant power, he will stop at nothing. Unless Alex can stop him first... Uniting forces with America's own CIA for the first time, teen spy Alex Rider battles terror from the sun-baked beaches of Miami all the way to the barren ice fields of northernmost Russia.

From the author of Magpie Murders and Moriarty.

Anthony Horowitz (anthonyhorowitz.com) is a world-renowned screenwriter for film and television, having received multiple awards. And he is, of course, the author of the #1 New York Times bestselling Alex Rider novels, which have become bestsellers the world over, spawned a major motion picture, and a line of graphic novels. A master of the spy thriller, Anthony is the only writer authorized by both the Arthur Conan Doyle and Ian Fleming Estates to write original Sherlock Holmes and James Bond novels, respectively. Anthony lives with his wife in London, England; they are parents to two grown boys. Follow Anthony on Twitter @AnthonyHorowitz.