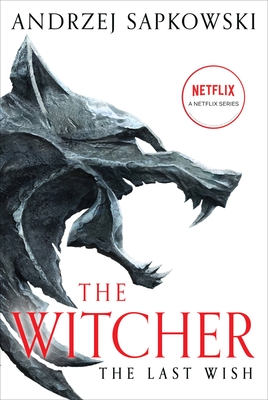 This is book number 1 in the The Witcher series.

Geralt the Witcher—revered and hated—holds the line against the monsters plaguing humanity in this collection of adventures, the first chapter in Andrzej Sapkowski’s groundbreaking epic fantasy series that inspired the hit Netflix show and the blockbuster video games.

Geralt is a Witcher, a man whose magic powers, enhanced by long training and a mysterious elixir, have made him a brilliant fighter and a merciless hunter. Yet he is no ordinary killer. His sole purpose: to destroy the monsters that plague the world.