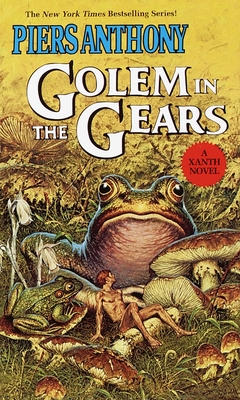 By Piers Anthony
$7.99
Email or call for price.

This is book number 9 in the Xanth series.

A golem to the rescue!

Grundy Golem was the size of an inconsequence, and nobody had any respect for him—including Grundy! To prove himself, he volunteered to ride the Monster Under the Bed to the Ivory Tower to find little Ivy’s long-lost dragon, Stanley Steamer.

After many adventures, he reached the Tower, to learn that the evil Sea Hag kept lovely Rapunzel imprisoned there, her body destined to be used to maintain the witch’s immortality. Grundy managed to free the damsel, and they fled together.

As the descendant of Jordan the Barbarian and Bluebell Elf, Rapunzel could become any size, even that of any Golem’s dreamgirl. But Grundy knew she was surely fated for someone better than he. Besides, the Sea Hag still pursued them to destroy him and get her back.