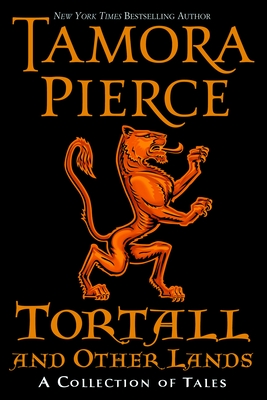 Alanna the knight, Numair the mage, Daine the wolf-speaker and more! Favorite and unfamiliar characters in 11 tales, including three brand new stories!

Collected here for the first time are six tales from the land of Tortall, featuring both previously unknown characters as well as old friends. Filling some gaps of time and interest, these stories, some of which have been published before, will lead Tammy's fans, and new readers into one of the most intricately constructed worlds of modern fantasy. Also included are four other fantasy stories . . . one set in a remote desert, two in an unknown town, and one set in a very familiar locale: New York City, in the present day. Also, as a bonus, there is a non-fantasy story set in contemporary Idaho that proves that Pierce's ability to spin a tale is not limited to realms of dragons and magic.

New York Times bestselling writer TAMORA PIERCE captured the imagination of readers more than 20 years ago with Alanna: The First Adventure. She has written 16 books about the extraordinary kingdom of Tortall, with another to come in fall 2011. She lives in upstate New York, with her husband and an assortment of wildlife.