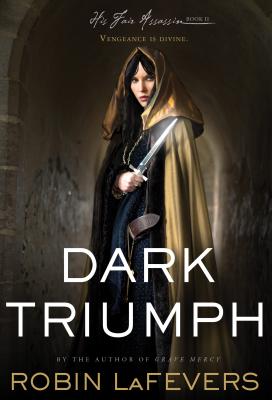 By Robin LaFevers
Email or call for price
Out of Print

Sybella's duty as Death's assassin in 15th-century France forces her return home to the personal hell that she had finally escaped. Love and romance, history and magic, vengeance and salvation converge in this thrilling sequel to Grave Mercy. Sybella arrives at the convent’s doorstep half mad with grief and despair. Those that serve Death are only too happy to offer her refuge—but at a price. The convent views Sybella, naturally skilled in the arts of both death and seduction, as one of their most dangerous weapons. But those assassin's skills are little comfort when the convent returns her to a life that nearly drove her mad. And while Sybella is a weapon of justice wrought by the god of Death himself, He must give her a reason to live. When she discovers an unexpected ally imprisoned in the dungeons, will a daughter of Death find something other than vengeance to live for?