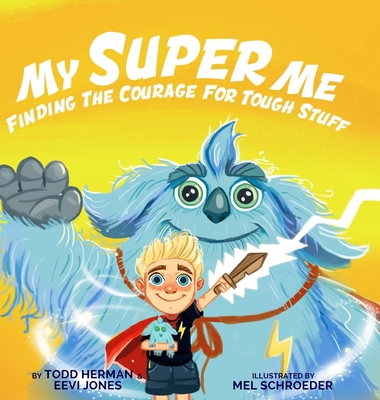 Our little hero is growing up in a world that can seem big, loud, and scary. Some people tell him he's too small, too young, or too whatever. But when he puts on his cape and learns to play through the fearless traits of his superhero stuffed animal, Captain Storm, he finds the courage and resilience to show up in a more brave way and ultimately unlocks his heroic self.

What's the big idea? Humans find out what they're made of when they play with the idea of acting through the abilities of someone or something else they admire. And kids are better at it than adults.

Little kids will enjoy following the story of Captain Storm, who makes his way through a maze of adventures and everyday challenges. This fun read will inspire them to believe in themselves and face down tough stuff with more grit.

For more resources including videos, downloads, and the 'Four Questions to Ask Kids at Bedtime' to help develop your son or daughter's resilience, toughness, and confidence, go to: www.mysuper.me.