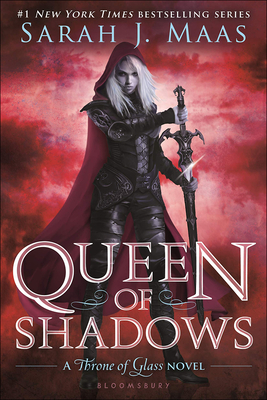 Everyone Celaena Sardothien loves has been taken from her. But she's at last returned to the empire-for vengeance, to rescue her once-glorious kingdom, and to confront the shadows of her past...

Celaena's epic journey has captured the hearts and imaginations of millions across the globe. This fourth volume will hold readers rapt as Celaena's story builds to a passionate, agonizing crescendo that might just shatter her world.

SARAH J. MAAS is the author of the "New York Times" bestselling Throne of Glass series: "Throne of Glass, Crown of Midnight," and "Heir of Fire," and the series' prequel, "The Assassin's Blade"; as well as "A Court of Thorns and Roses." A New York native, Sarah currently lives in Pennsylvania with her husband and dog.