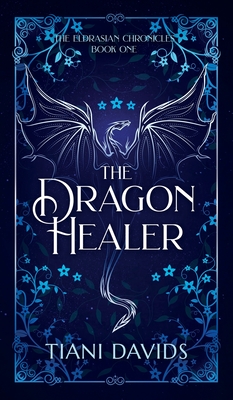 Sixteen-year-old Elinta Ferran can feel the emotions of a dragon....

Elinta has wanted to be a healer her whole life and is in her third year as an apprentice when she stumbles upon something impossible; a dragon.

The laws of Eldras mandate that the beast be killed, but the dragon is injured and Elinta won't put aside her training. When she's discovered with the beast, Elinta's world is turned upside down and she's forced to flee her home on the dragon's back. But an unusual bond has begun to form between them, one that hasn't been seen in over one hundred and fifty years.

When Lorrin, Prince of Eldras, stumbles upon them while going against the king's wishes, Elinta must decide whether their fate lies together or apart. One road could lead Elinta to a life of loneliness, but the other will lead her straight into danger. If she goes to the palace with the prince, she'll be hiding in plain sight of the very people who want the dragon killed.

But the officials of Eldras aren't the only ones after the dragon. Someone sinister is lurking in the shadows and he's ready to make his move, and Elinta might just be in the way.