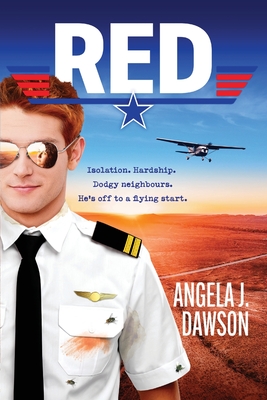 Desperate for experience, and a chance to earn his stripes, 23 year old Melbourne pilot accepts gruelling work in remote Outback Australia - and tries to forget the girl he left behind.

ACE student, William Boyston's whole life has been about flying. He's sacrificed everything to get his pilot licence, leaving him with a massive overdraft, an unhealthy Top Gun obsession, and an addiction to Luigi's Italian coffee. Renting a shared house in Nineties Melbourne, with Adam, his cool-but-unwashed, bushwalking flatmate, he only has one thing on his mind - getting his Captain's stripes so he can fly Boeing jets for an international airline. But jobs are scarce in the city, and he's at the bottom of the career ladder.

Eager to take any work, however menial, and pay off his escalating debt, he's faced with one job offer. It would mean relocating 3000km, to the harsh, far north of Australia. It would also mean saying goodbye to his prized Toyota Corolla T18, to Adam, and to their intriguing new flatmate, Molly Malone.

Will's brain has always been filled with co-ordinates and vectors; there's never been room for anything else. Since Molly moved-in they've both been aware of a simmering attraction. Yet he knows that he can't let anything - or anyone - derail his plans. Especially Molly. He must focus on the long game, and accept this offer of work.

In the isolated towns of the Northern Territory, Will's life is soon defined by stifling heat, squalid accommodation, and the peculiar habits of the locals. Social opportunities are almost non-existent. Work is erratic, living expenses sky-high. He lives to fly, it's all he's ever wanted. Except now he has Molly on his mind - the one girl he just can't forget.

Constantly moving towns, to follow the work, he mostly stays in touch with her by letter, outlining the hilarious in-flight dramas in the bush planes he flies, and the regular weird encounters with his mad, bad, and often scary neighbours. This life is nothing like the big city - snakes, dead neighbours, recalcitrant water buffalo, crocodiles, and relentless hordes of blowflies. But he needs thousands of hours in the air if he's ever going to get into an airline, and this is the place to be if he wants to fill-up his log book.

In Melbourne, Molly has also been unable to forget Will, and after he stops writing, she makes a rash decision to finally address the unfinished business between them. She needs to know where he's gone, and what has happened to him. It's a decision which might end up changing both of their lives. But it relies on Molly's ingenuity and resourcefulness, and her ability to find him in the vast red heart of Australia.