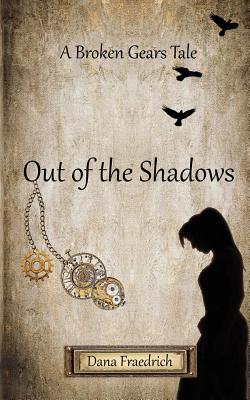 She's outrun her dark past. But this secretive new world could chew her up and spit her out...

"Out of the Shadows features great prose, a gripping plot, and characters that will remain with readers long after they are done reading the story." --Reader's Favorite

Lenore Crowley never lets her guard down. Barely surviving on the streets as a common thief, she lives in fear of the brutal Enforcers who would condemn her to a lifetime of torture. So when a wealthy family opens their home and offers a fresh start, Lenore gladly accepts by hiding her true identity...

Visited by a mysterious crime lord bearing a magical oath and a stark warning, Lenore fears not even her fake persona can shield her from the coming danger. With an oppressive high-society code and the threat of an assassin's blade weighing on her mind, one wrong move could bring her world of lies crashing down.

Can Lenore find the courage to forge her own path, or will she be doomed to a life of perpetual torment?

Out of the Shadows is the first book in the captivating Broken Gears YA steampunk fantasy series. If you like smart heroines, forgotten magic, and rich Victorian settings, then you'll love Dana Fraedrich's intriguing adventure.