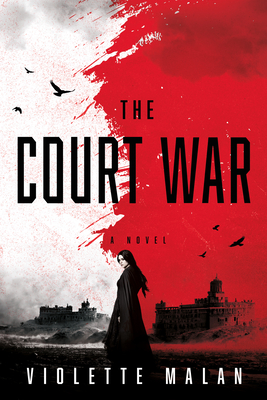 This is book number 2 in the The Godstone series.

The second book in this epic fantasy saga spins a tale of magic and danger, as a healer finds herself pulled deeper into a web of secrets and world-ending magic.

Fenra Lowens, with her partner Elvanyn Karamisk, has already faced the Godstone. Now she has a different, simpler problem: getting the stick-in-the-mud practitioners of the White Court to return to the old ways of practice, the ways that keep the World healthy.

But before she has a chance to present her case, the uneasy balance of power between the practitioners of the White Court and the mundanes of the Red Court—in existence since the World itself began—suddenly erupts into open warfare.

Fenra is torn between helping her friends and fellow practitioners and moving ahead with the demands of an increasingly impatient World. Though she has help from unexpected allies, Fenra begins to suspect that this conflict isn't just about politics. The hand of an old enemy may be at work here....

With innovative worldbuilding, witty banter, and world-ending magic, The Court War is epic fantasy at its best and most compelling.

Violette Malan is the author of the epic fantasy Dhulyn and Parno novels. Born in Canada, Violette's cultural background is half Spanish and half Polish, which makes it interesting at meal times. She has worked as a teacher of creative writing, English as a second language, Spanish, and beginner's French. On occasion she's been an administrative assistant and a carpenter's helper.

Praise for The Godstone

“An original, enigmatic fantasy about reluctant heroes drawn into a quest to save the world.” —Kirkus Reviews

“Malan’s elaborate worldbuilding and nuanced characters help keep the pages turning on the way to the slow-building climax. The unexpected plot twists and a subtle hint of romance will leave readers eagerly awaiting the next installment.” —Publishers Weekly

“Fenra and Arlyn’s banter is so pleasant, so assured, that it at times reads like classic English literature. Readers would be wise to pick up this exciting start to a new fantasy series.” —BookPage