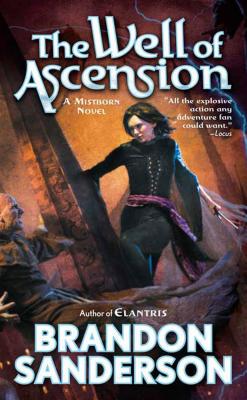 This is book number 2 in the Mistborn series.

“All the explosive action any adventure fan could want.” —Locus

“Sanderson's entertaining second Mistborn novel begins after most fantasy series end, when the team of brave and cunning heroes find that holding on to power is even harder than overthrowing the previous tyrant. . . . This entertaining read will especially please those who always wanted to know what happened after the good guys won.” —Publishers Weekly

“A great epic fantasy . . . Fans of Terry Goodkind and Terry Brooks will find The Well of Ascension fulfilling, satisfying, and incredibly exciting.” —SFRevu.com