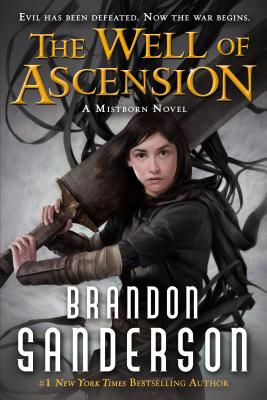 This is book number 2 in the The Mistborn Saga series.

Other books by Brandon Sanderson
The Reckoners
Steelheart
Firefight
Calamity

“This entertaining read will especially please those who always wanted to know what happened after the good guys won.” —Publishers Weekly on The Well of Ascension

“Sanderson is an evil genius. There is simply no other way to describe what he's managed to pull off in this transcendent final volume of his Mistborn trilogy.” —RT Book Reviews, Gold Medal, Top Pick, on The Hero of Ages