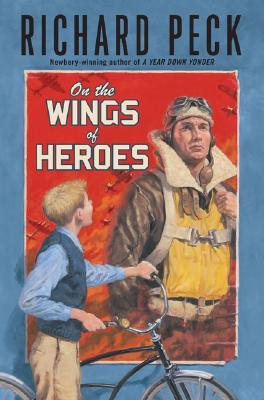 Davy Bowman's brother and their dad hung the moon. Dad looks forward to Halloween more than a kid, and Davy's brother, Bill, flies B-17s. Davy adores these two heroes and tries his best to follow their lead, especially now.

World War II has invaded Davy's homefront boyhood. There's an air raid drill in the classroom, and being a kid is an endless scrap drive. Bill has joined up, breaking their dad's heart. It's an intense, confusing time, and one that will invite Davy to grow up in a hurry.

Still, Richard Peck is a master of comedy, and even in this novel of wartime uncertainty, he infuses his tale with humor: oddballs and rascals and boyhood misadventures alongside the poignant moments. This is one of Richard Peck's very finest novelsa tender, unforgettable portrait of the World War II homefront and a family's love.

Richard Peck has written more than thirty novels, and in the process has become one of the country s most highly respected writers for children. In fact The Washington Post called him America s best living author for young adults. A versatile writer, he is beloved by middle-graders as well as young adults for his historical and contemporary comedies and coming-of-age novels. He lives in New York City, and spends a great deal of time traveling around the country to speaking engagements at conferences, schools, and libraries. Mr. Peck is the first children s book author to have received a National Humanities Medal. He is a Newbery Medal winner (for A Year Down Yonder), a Newbery Honor winner (for A Long Way from Chicago), a two-time National Book Award finalist, and a two-time Edgar Award winner. In addition, he has won a number of major honors for the body of his work, including the Margaret A. Edwards Award, the ALAN Award, and the Medallion from the University of Southern Mississippi."

“No one does nostalgia better than Peck, and this episodic story of a boy’s life on the home front just before and during World War II is a charmer.”—Booklist