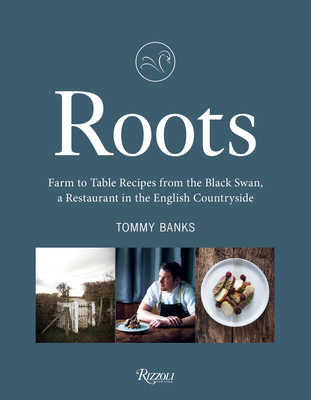 Britain's youngest Michelin-starred chef shares over 100 unique seasonal recipes from his family farm and pub -- as well as stories and ideas about growing, foraging, and preserving.

Tommy Banks is redefining food in a way that reverberates worldwide. With an approach to food that is above all local, Tommy celebrates key ingredients locally grown or foraged, preserved for later or eaten within days (or hours!) of harvest.
The Black Swan is more than just award-winning food - it is about identity and rootedness mixed with creativity and eccentricity. Fervently seasonal, Tommy celebrates summer abundance and autumnal bounty, but he revels in winter's "hungry months." Other chefs pay lip service to the seasonal/local mantra, but Tommy embraces it heart, soul, and plate.
Influenced by the rhythms of the land, he renames and redefines the seasons into three growing groups based on garden availability and shares creative recipes, preserving techniques, and ideas on using these 'root' ingredients all year round. Gems of simplicity share pages with more complex recipes. Beautifully photographed throughout the shifting seasons, the images showcase recipes, ingredients, and the landscape from which they hail.

Tommy Banks became Britain's youngest Michelin-starred chef in 2013 and won the Great British Menu in 2016 and 2017. Chosen as a Sunday Times One to Watch, Tommy was also featured in 2017's Observer Food Monthly 50. In 2017, the annual TripAdvisor Awards named The Black Swan the world's best-rated restaurant.