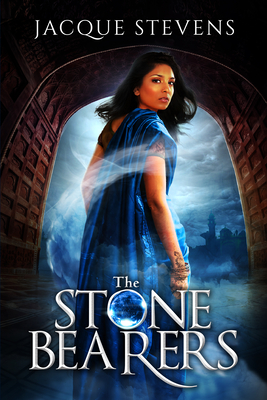 By Jacque Stevens
Email or call for price
Out of Print

After years dreaming of oceans, princes, and fairies, she expected the diviner to speak the words that would finally whisk her away from her ordinary desert village. Instead Ashira hears, “you will live a life of no renown.”

Ready to choose her own fate, she discovers a djinni’s bottle and starts making wishes. When the djinni proves uncooperative and annoying, Ashira sets out to the great city of magicians to learn magic and free herself from an uneventful life as a potter's daughter.

But there is another prophecy being whispered in the shadows. It is said that among the great magicians, there is a demon on the rise with the power to destroy the world. The djinni might be Ashira’s only chance to become someone important, or he just might be the very demon that triggered the dark prophecy. With the world on the brink of destruction, can Ashira fight her fate and stop the forces that threaten to upset the balance of the universe?

Jacque Stevens wrote her first book as a stress relief activity during nursing school that was never meant to be shown to anyone. It had elves and it was beautiful. Then her mother showed it to a published author in a critique group. They killed it with their red pens and sent those poor elves back to the forest crying. But out of the ashes appeared a djinni and even more elves. As a fulltime nurse working mostly in mental health, she continued writing similar books in the shadows until the people at Future House decided enough was enough. It was time for one of those books to be published.