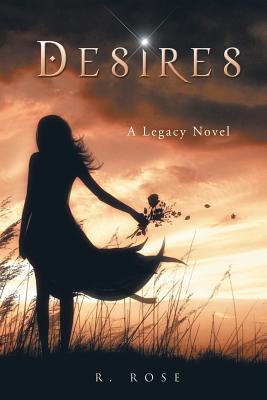 Hunted by the Goddess of Killing Rage to satisfy a desire for Otherworldly vengeance, El an finds herself the object of possession by mortals and immortals alike. Now, evil is cutting a bloody path through the mortal realm as it comes for her. Passion, betrayal, malevolence, and magic conjured from the depths of ancient Irish legends comes to life.

Passion, betrayal, malevolence, and magic conjured from the depths of ancient Irish legends comes to life in this story about El an. Created by the ancient Celtic God, Dagda to please his beloved daughter, Brighid and gifted with a spark of her soul; El an is given the task of living in the mortal realm while being relentlessly hunted in a deadly desire for Otherworldly vengeance. She must control her legacy and save the immortal soul that lives within her.

Liam and James have been friends...brothers...since they were children. Now the Otherworld has been released into the Mortal Realm and it's coming for El an, a woman they both love and would die to protect. Will it destroy their bond or will they find the strength to stand together and fight what's coming?

Forced into the service of the Goddess Morrigan, Greagoir must be the vessel for her uncontrollable lust and killing rage. Possessing El an, body and soul, is the key to his freedom. He must submit to Morrigan and give her what she desires most, the death of the Goddess Brighid. All that stands in his way are two mortal warriors gifted by a goddess and a young woman's desire to survive.