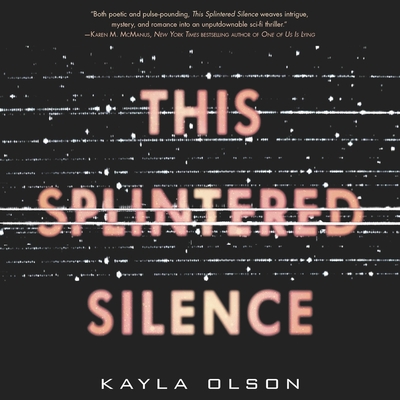 Dystopia meets sci-fi! Lindley is in charge of a space station after all the older generation is killed by an unknown virus. They are the smartest group of teens in space! But then they started dying too. The story becomes a mystery novel to find out why!

From the author of The Sandcastle Empire comes a sci-fi thriller that's equal parts Illuminae and One of Us Is Lying.

Lindley Hamilton has been the leader of the space station Lusca since every first generation crew member on board, including her mother, the commander, was killed by a deadly virus.

Lindley always assumed she'd captain the Lusca one day, but she never thought that day would come so soon. And she never thought it would be like this--struggling to survive every day, learning how to keep the Lusca running, figuring out how to communicate with Earth, making sure they don't run out of food.

When a member of the surviving second generation dies from symptoms that look just like the deadly virus, though, Lindley feels her world shrinking even smaller. And as more people die, Lindley must face the terrifying reality--that either the virus has mutated, or one of their own is a killer.