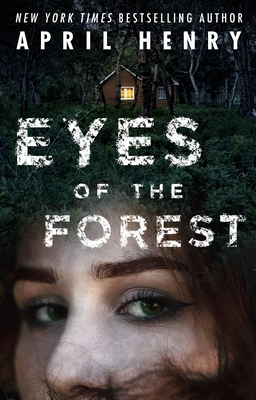 After a bestselling fantasy writer disappears, only his biggest fan believes he’s in danger. Instead of re-reading his books, she must venture into the real world to uncover the truth in this fast-paced mystery by New York Times-bestselling author April Henry. For readers of Courtney Summers and Karen McManus.

Bridget is RM Haldon's biggest fan. She and her mom sought refuge in Haldron's epic fantasy series Swords and Shadows while her mom was losing her battle with cancer. When Bridget met Haldon at one of his rare book signings, she impressed the author with her encyclopedic knowledge of the fantasy world he'd created. Bridget has been working for him ever since as he attempts to write the final book in his blockbuster sword and sorcery series. But Haldon has gone missing, and Bridget is the only person who seems concerned. Can Bridget piece together Haldon’s cryptic clues and save him before it’s too late?

Master mystery-writer April Henry weaves another heart-stopping young adult thriller in this story that seamlessly blends suspense with an exploration of fan culture.

April Henry is the New York Times bestselling author of many acclaimed mysteries for adults and young adults, including the YA novels Girl, Stolen; The Girl I Used to Be, which was nominated for an Edgar Award; The Night She Disappeared; and Body in the Woods and Blood Will Tell, Books One and Two in the Point Last Seen series. She lives in Oregon.

"Eyes of the Forest by April Henry (The Lonely Dead) is a suspenseful, captivating look at what may happen when a fantasy world becomes too real for some of its fans. Henry's engaging and often thrilling narrative is told from multiple points of view, allowing readers close access to the motivations of all her main characters. She expertly examines the darker side of the culture of fandom, including pressures it puts on creators, and how fans themselves get out of hand." —Shelf Awareness

"When the police do not believe that Portland, Oregon, author R.M. Haldon has been kidnapped, it’s up to his young researcher, Bridget Shepherd, to save him. . . [E]xcellent pacing, shifting between the perspectives of the main characters, adds to the suspenseful feeling of a ticking clock, and readers come to understand everyone’s motivations . . . Offers a suspenseful and dastardly plot entwined with fan culture and mystery." —Kirkus Reviews

"In this mystery with a clever twist by Henry (Playing with Fire), a George R.R. Martin–esque author is forced to write in captivity, his only hope of rescue lying with his teenage Portland, Ore.–based assistant. . .its brisk pacing and sensational premise will have wide appeal." —Publishers Weekly