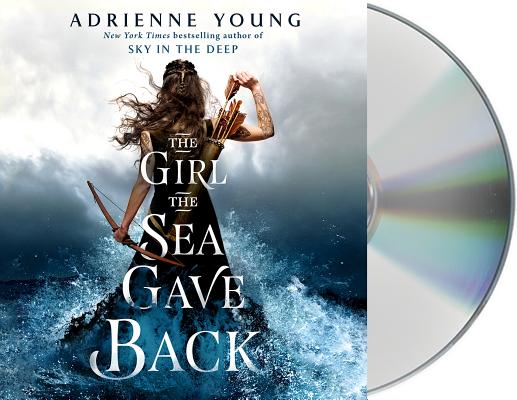 By Adrienne Young, Caitlin Kelly (Read by), Dan Bittner (Read by)
$39.99
Email or call for price.

This is book number 2 in the Sky and Sea series.

“Feeding off the marvelous and vicious world established in Sky in the Deep, Adrienne Young has delivered another powerful and phenomenal book featuring amazing illustrations and personable characters. Inspired by the Vikings and Norse mythology, this is a story of coming together to fight for what you love, even against the odds. The characters are flawed and well-developed; the battles and fights are realistic and emotional. This book proves that old wounds can heal and enemies can put aside their differences. Young has a way with words —they are powerful, raw, and filled with emotion. You will not regret getting sucked back into the wonderful world from Sky in the Deep!”
— Anna Rose Carleton, The Well-Read Moose, Coeur d'Alene, ID

"Both narrators add depth and resonance to Young's rich prose...Those who enjoy epic fantasy novels should definitely give this a listen!" — AudioFile Magazine

From Adrienne Young, New York Times bestselling author of Sky in the Deep, comes her new gut-wrenching epic The Girl the Sea Gave Back.

For as long as she can remember, Tova has lived among the Svell, the people who found her washed ashore as a child and use her for her gift as a Truthtongue. Her own home and clan are long-faded memories, but the sacred symbols and staves inked over every inch of her skin mark her as one who can cast the rune stones and see into the future. She has found a fragile place among those who fear her, but when two clans to the east bury their age-old blood feud and join together as one, her world is dangerously close to collapse.

For the first time in generations, the leaders of the Svell are divided. Should they maintain peace or go to war with the allied clans to protect their newfound power? And when their chieftain looks to Tova to cast the stones, she sets into motion a series of events that will not only change the landscape of the mainland forever but will give her something she believed she could never have again—a home.

"Gripping and exquisitely written. The Girl the Sea Gave Back tore at my heart strings until I was completely unraveled." - Stephanie Garber, New York Times bestselling author of Caravel

Adrienne Young is a born and bred Texan turned California girl. She is a foodie with a deep love of history and travel and a shameless addiction to coffee. When she’s not writing, you can find her on her yoga mat, scouring antique fairs for old books, sipping wine over long dinners, or disappearing into her favorite art museums. She lives with her documentary filmmaker husband and their four little wildlings beneath the West Coast sun.

Adrienne is the author of the New York Times bestseller Sky in the Deep, as well as The Girl the Sea Gave Back.

Dan Bittner has narrated dozens of audio books and has starred on stage and on the screen, in movies such as Men in Black, Adventureland, and the Producers: The Movie Musical. He has also appeared onstage as Macbeth Malcolm and Sherlock Holmes in the Edinburgh Fringe Festival. He has narrated popular audio books such as The Eleventh Plague, Hero, and Forever.