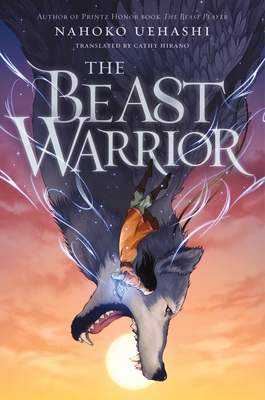 Ten years after the fateful clash between two opposing sides of the Divine Kingdom of Lyoza, Elin lives a peaceful life with her family. She tries to stay as far away from her past as possible—the girl who communicated with creatures and befriended a Royal Beast wants no part in the power struggles of humans. But when Elin is called upon to investigate a mysterious illness that's stricken the Toda, she uncovers a startling plot—one that could threaten everything she holds dear.

In this thrilling sequel to The Beast Player, Elin must confront her destiny and heed the dire warnings of history. Is a final battle between the Toda and the Royal Beasts inevitable? And will it mean destruction for all?

Nahoko Uehashi is one of Japan's most popular children's writers. She has won numerous awards, including the 2014 Hans Christian Andersen Award. An associate professor at a Japanese university, she has a Ph.D. in cultural anthropology and studies indigenous peoples in Australia. Her books include The Beast Player and the multivolume Moribito series. She lives near Tokyo, Japan.

"Sure to draw some tears and leave readers thinking about their place in the world long after the last page." —The Bulletin

"Uehashi’s vivid storytelling, beautiful prose, and shifting perspectives that cover a broad scope of events will have readers relishing every detail of her lush world building." —The Bulletin, starred review

"The beauty and power of the natural world is at the core of this intriguing fantasy, whose abrupt ending guarantees a sequel." —Kirkus Reviews