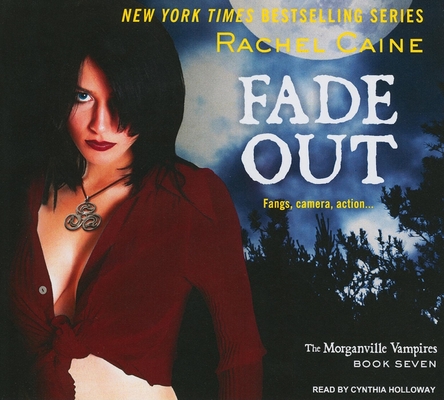 By Rachel Caine, Cynthia Holloway (Narrated by)
Email or call for price
Out of Print

This is book number 7 in the Morganville Vampires series.

Without the evil vampire Bishop ruling over the town of Morganville, the resident vampires have made major concessions to the human population. With their newfound freedoms, Claire Danvers and her friends are almost starting to feel comfortable again. Now Claire can actually concentrate on her studies, and her friend Eve joins the local theater company. But when one of Eve's castmates goes missing after starting work on a short documentary, Eve suspects the worst. Claire and Eve soon realize that this film project, whose subject is the vampires themselves, is a whole lot bigger-and way more dangerous-than anyone suspected.

Rachel Caine is the author of the popular Weather Warden series, the Morganville Vampires series, and the Outcast Season series, as well as many other books.

Actress Cynthia Holloway has performed on stage, film, and television, and she is the voice of Anita Blake in the audiobook editions of Laurell K. Hamilton's bestselling vampire hunter series.