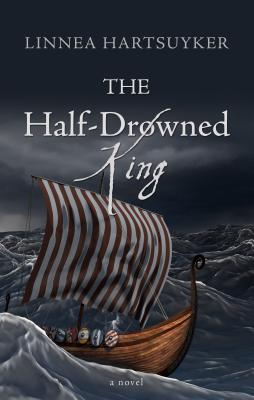 By Linnea Hartsuyker
$31.99
Email or call for price.

An epic tale of Vikings, treachery, war, love, and revenge.

“A fast-paced and harrowing saga of a sibling pair, both trying to do what is right for the other while navigating the physical and political terrain around them. Ragnvald and his sister, Svanhild, are our protagonists, and the book contains alternating chapters about each of their adventures. One fights a war on the battlefield while the other fights a war in the bedroom, and, fighting internal conflicts, each grows into adulthood quickly in this harsh environment. Rich with battles, love stories, and the breathtaking landscapes of Norway, The Half-Drowned King is a must-read for fans of literary fiction, adventure tales, and well-paced storytelling.”
— Giovanni Boivin, The Bookloft, Great Barrington, MA

“Fierce storytelling honors the 13th-century Icelandic saga Heimskringla, which is retold here through the adventures of brother and sister Ragnvald and Swanhild. This novel is a real swashbuckler: true historical fiction in the tradition of James Michener and the ancient sagas themselves. A new favorite.”
— Maeve Noonan, Northshire Saratoga, Saratoga Springs, NY