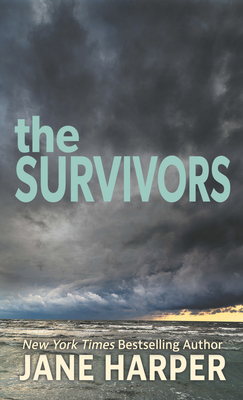 “Jane Harper returns with another atmospheric psychological suspense novel, this time set on the Tasmanian coast. Harper’s landscapes are tangible, exquisitely drawn, and as important to her stories as any character. The laid back and beautiful — but slightly run-down — beach town of Evelyn Bay is the star. Though there is a new body and an old mystery here, the novel focuses more on the inner conflicts, guilt, and secrets of its characters — a close group of lovers, friends, and family who are all holding back parts of their past. Reading the book was like watching the waves lap at the mouths of dark caves from a Tasmanian beach. An excellent escape!”
— Debra Ginsberg, DIESEL, A Bookstore, Santa Monica, CA

Kieran Elliott's life changed forever on the day a reckless mistake led to devastating consequences. The guilt that still haunts him resurfaces during a visit with his young family to the small coastal community he once called home. Kieran's parents are struggling in a town where fortunes are forged by the sea. Between them all is his absent brother, Finn. When a body is discovered on the beach, long-held secrets threaten to emerge. A sunken wreck, a missing girl, and questions that have never washed away...

Jane Harper is the New York Times bestselling author of #1 international bestseller The Dry, Force of Nature, and The Lost Man. The Survivors is her fourth novel. Jane previously worked as a print journalist in Australia and the UK and lives in Melbourne with her husband, daughter, and son