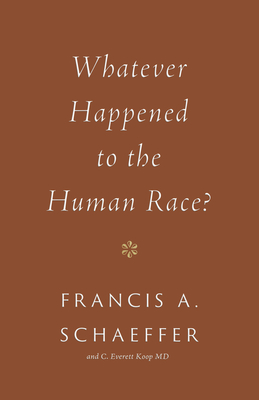 Why Should Christians Care About the Dignity of Human Life?

What determines whether a life has value? Does age, ability, or health? Scripture tells us that we are all created in the image and likeness of God, and Christians are called to defend the dignity of his creation. But as debates rage around issues from abortion to euthanasia, it can be difficult to speak up against opposing viewpoints.

In Whatever Happened to the Human Race?, renowned theologian Francis A. Schaeffer and former US surgeon general C. Everett Koop, MD argue that society's view of life quickly deteriorates when we devalue God's creation through "anti-life" and "anti-God" practices. First written forty years ago, their perspectives are still relevant today as secular humanist issues, including euthanasia and infanticide, increasingly take hold in our culture. Their medical, historical, and theological insights empower readers to affirm a pro-life worldview and defend it confidently.

Francis A. Schaeffer (1912-1984) authored more than twenty books, which have been translated into several languages and have sold millions globally. He and his wife, Edith, founded the L'Abri Fellowship international study and discipleship centers. Recognized internationally for his work in Christianity and culture, Schaeffer passed away in 1984 but his influence and legacy continue worldwide.C. Everett Koop (1916-2013) served two terms as the Surgeon General of the United States. Prior to that, he served as surgeon-in-chief of the Children's Hospital in Philadelphia where the entire surgical center is named in his honor. A pacesetter in the field of pediatric surgery, Dr. Koop developed many new and highly successful procedures in surgery of the newborn. He authored many well-known books in the field of medical ethics and was founder and editor-in-chief of the Journal of Pediatric Surgery.