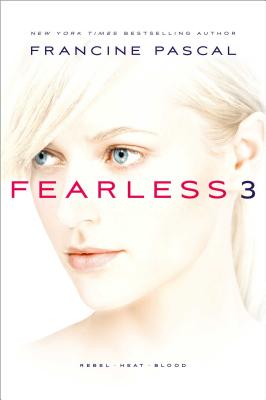 This is book number 3 in the Fearless series.

Lots of danger. No fear. Three thrill-packing adventures in a smart and sexy series, packaged in one daring book. Gaia Moore is brilliant and beautiful. She's trained in three kinds of martial arts, has a reflex speed that's off the charts, and can break codes in four languages. She's also missing the fear gene. It all starts with a simple game of Truth or Dare...but as the game goes on, the stakes get higher, and soon secrets are being revealed. Deadly secrets. Secrets about Gaia, who she is, and her past. Now one of Gaia's close friends is in danger, and it's up to her to figure out how to, once again, be a hero. But life is full of complications and Gaia isn't sure that she'll be able to keep her friend safe. And if things don't go as planned, she'll have to decide just how far she'll go to get revenge.