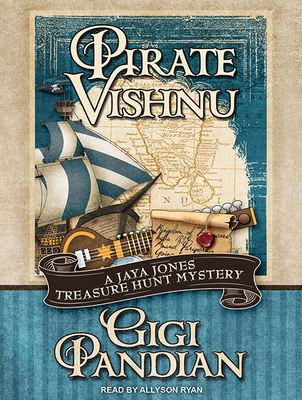 By Gigi Pandian, Allyson Ryan (Narrated by)
$24.99
Email or call for price.

This is book number 2 in the Jaya Jones Treasure Hunt Mystery series.

1906. Shortly before the Great San Francisco Earthquake, Pirate Vishnu strikes the San Francisco Bay. An ancestor of Jaya's who came to the U.S. from India draws a treasure map . . . Present Day. Over a century later, the cryptic treasure map remains undeciphered. From San Francisco to the southern tip of India, Jaya pieces together her ancestor's secrets, maneuvers a complicated love life she didn't count on, and puts herself in the path of a killer to restore a revered treasure.