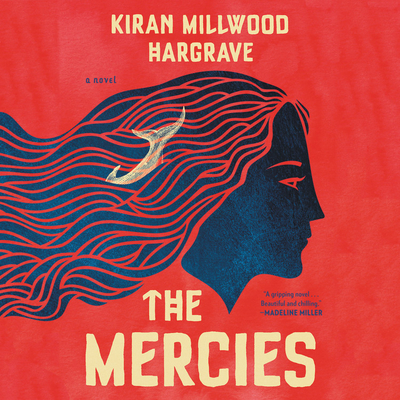 By Kiran Millwood Hargrave, Jessie Buckley (Read by)
$34.00
Email or call for price.

"A feminist story of love, evil and obsession set at the edge of civilization".

On a clear day in 1617, 20 year old Maren and the women of her small fishing community in Vardo, Norway watch in horror as a freak storm wipes out all of the village's men out in their boats.  The women are forced to fend for themselves, learning to fish, tend livestock and butcher meat as the men once did.  Their peaceful existence is disrupted three years later with the arrival of a commissioner, Absolom Cornet, who has been tasked with rooting out the devil and witchcraft associated with the practices of the native Sami people of this isolated land.

This book has captivated me entirely.  I am literally dreaming of the treeless landscape, the rough hewn wooden houses dotting the coast and the strong and courageous women of Vardo.

“A chilling and captivating book taking place in a Norwegian village in the 1670s, The Mercies is a story of resilience. It follows Maren, who watched as all the village men died in a storm and has had to find a way to survive those losses, and Ursa, the daughter of a merchant who was married off to a witch hunter before being brought north. When their paths cross, both women’s lives are changed forever. This beautifully written story left me chilled. It is not often that I have to put down a book, but there were several times I had to walk away from this one to just sit and think about it. A must-read!”
— Katherine Nazzaro, Trident Booksellers & Cafe, Boston, MA