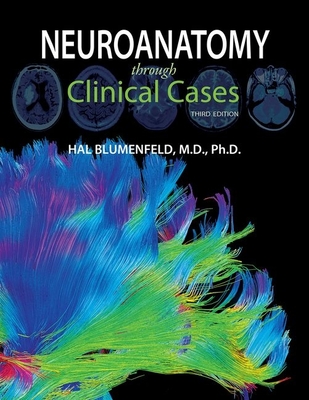 Neuroanatomy through Clinical Cases is widely acclaimed for bringing a pioneering interactive approach to the teaching of neuroanatomy. The book uses over 100 actual clinical cases and high-quality radiologic images to bring the subject to life. The third edition is fully updated with the
latest advances in the field, and includes several exciting new cases. This approach allows students to appreciate the clinical relevance of structural details as they are being learned, and to integrate knowledge of disparate functional systems, so the practical knowledge of neuroanatomy is not
soon forgotten.

Hal Blumenfeld is Professor in the Departments of Neurology, Neuroscience, and Neurosurgery at Yale University School of Medicine and Director of the Yale Clinical Neuroscience Imaging Center. He has taught neuroanatomy at Harvard, Yale, and Columbia Universities using the approach of Neuroanatomythrough Clinical Cases, which the students greeted with highly favorable feedback. He has received the prestigious Francis Gilman Blake Award, as the most outstanding teacher of medical sciences at the Yale School of Medicine, and the Graduate Mentor Award as the best scientific mentor at Yale. Hisresearch accomplishments led him to receive both the Research Recognition Award in Clinical Science from the American Epilepsy Society and the Javits Neuroscience Investigator Award from the National Institute of Neurological Disorders and Stroke. He has also been awarded several major grants (fromthe National Institutes of Health, and private foundations) to pursue his research, which investigates normal mechanisms of consciousness, how consciousness is impaired in disorder like epilepsy and how consciousness can be restored with neurostimulation. Current projects include neuroimaging, neurophysiology, and behavioral experiments with direct application to improving quality of life in disorders of consciousness. He studied Bioelectrical Engineering as an undergraduate at Harvard University, then earned a Ph.D. (in Physiology and Cellular Biophysics) as well as his M.D. at ColumbiaUniversity. His clinical training included medical internship at Columbia Presbyterian Medical Center, neurology residency at Massachusetts General Hospital, and epilepsy fellowship at Yale University School of Medicine. Dr. Blumenfeld's previous publications include numerous articles in peerreviewed journals, several clinical neuroscience textbooks, as well as two volumes in the Let's Go travel guidebook series.