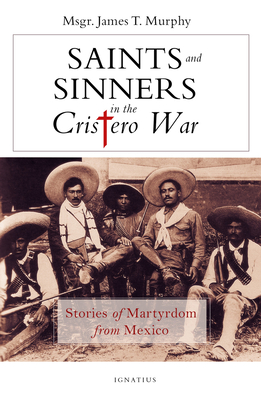 The saintly standouts are Anacleto González Flores, whose non-violent demonstrations ended with his death after a day of brutal torture; Archbishop Francisco Orozco y Jiménez, who ran his vast archdiocese from hiding while on the run from the Mexican government; Fr. Toribio Romo González, who was shot in his bed one morning simply for being a Catholic priest; and Fr. Miguel Pro, the famous Jesuit who kept slipping through the hands of the military police in Mexico City despite being on the "most wanted" list for sixteen months.

The four sinners are Melchor Ocampo, the powerful politician who believed that Catholicism was the cause of Mexico's problems; President Plutarco Elías Calles, the fanatical atheist who brutally persecuted the Church; José Reyes Vega, the priest who ignored the orders of his archbishop and became a general in the Cristero army; and Tomás Garrido Canabal, a farmer-turned-politician who became known as the "Scourge of Tabasco".

This cast of characters is presented in a compelling narrative of the Cristero War that engages the reader like a gripping novel while it unfolds a largely unknown chapter in the history of America.

Fr. James Murphy, a retired priest of the Diocese of Sacramento, California, was managing editor of the diocesan newspaper, diocesan director of communications, pastor of three bilingual parishes, rector of the cathedral, and vicar general of the diocese. He founded the first Spanish-language diocesan newspaper in the nation in 1979. He holds a master’s degree in journalism from the University of California, Berkeley.