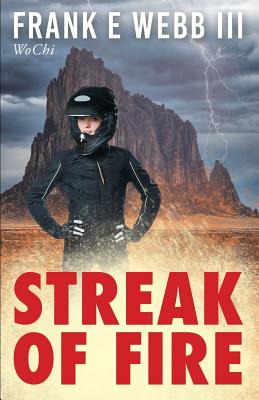 The Korean War--or, "conflict," as it's known by only those who weren't on the battlefield--was a devastating time in world history. Although most of modern American society has forgotten just how devastating the toll was, those in the upper echelons of power are particularly aware of the uneasy truce that has existed since the ceasefire. A truce so precarious, that the slightest misstep may send the two countries back into the crosshairs of a multi-national war. Meanwhile, Jessica DeLucca is a seemingly normal teenager. A drummer in a surprisingly successful band, Jess is reveling in the success of her music while simultaneously navigating interfamilial drama. During her band's gig at the Navajo Nation Fair, a mysterious woman gives her an even more mysterious necklace. This otherwise ordinary trinket may hold the key to world peace; that is, if Jess can steer clear of the bloodthirsty agents who seek to wield this power for less peaceable outcomes.