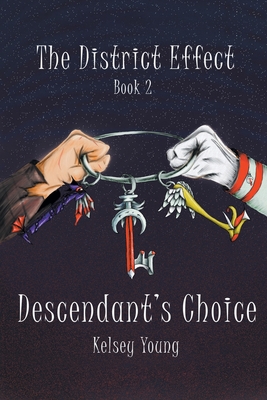 Welcome back to the nation of Zurek It is great to see you again.

As Prince Ganon eagerly waits for his coronation, he declares his first official proclamation. It was to bring four of the District kids over to the nation of Zurek. The idea of bringing Aeron Godfrey, Nyah Van Sciver, Ethan Waycrest, and Diggory Ascelen over did not receive the greatest reaction from the people of Zurek. In fact, it was greeted by whispers and immediate disapproval. Despite the concerns, Ganon and his Royal Advisory Board pushed forward with the plan. He finds himself feeling excited, albeit nervous, to bring people to the nation of Zurek.

It would seem that the easy part was getting them brought over from the District. The tough part is only beginning. They need to adjust to life outside of the District. Ganon's ex-girlfriend, Haley, and her friends William and Frederick go out of their way to cause trouble for the newcomers. It would seem that they have their hands full trying to navigate several changes: everything from a new environment, structure, new people, and mandatory counseling sessions. At first, it seemed that the hardest part was finding new friends. Though they are not that lucky: right when things are starting to go well for them, trouble arises.

Do Aeron, Nyah, Ethan, and Diggy adjust to life in the nation of Zurek? How do they handle being outside of the District, the only place they have ever known? Does Ganon successfully navigate his way to his coronation? What trouble arises for them, and how do they fix it?