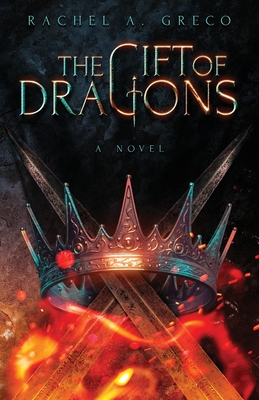 "In a crowded genre, The Gift of Dragons manages to remain unique. Adelaide is a hero who chooses her own fate, but more importantly, recognizes her mistakes. And while Elias appears a typical dashing prince at first, he was far more than expected. The admirable world-building provides a beautiful backstory, and I couldn't get enough of it."

When the prince Adelaide seeks to overthrow tries convincing her that the legendary dragons exist and need help, Adelaide must decide where her true allegiance lies before the kingdom shatters.

Ever since the Gyndilians murdered her sister, Adelaide has plotted a rebellion to overthrow the king and prince who failed to protect them during the attack. Following her across the country is a stranger - not just any stranger, but the prince she's hoping to overthrow - and Adelaide's plans begin to collapse. But Prince Elias has his own dangerous secrets - secrets connected to the dragons that once lived in the land. If he can't earn Adelaide's trust, there may never be any peace for Adelaide, her people, or the dragons.

In The Gift of Dragons by Rachel A. Greco, the fate of two species rests on the tip of a dagger. Can Adelaide overcome her prejudices and thirst for revenge to do what's best for her people before rage and sorrow consume her?