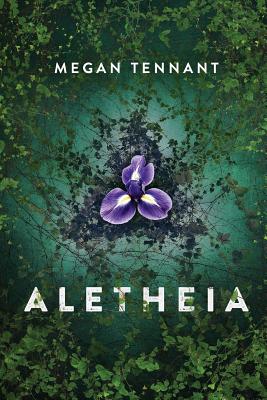 Nearly two decades after the fall, the transcendent city of Iris is the only place rumored to have a cure to the disease that decimated the world. Beyond Iris, are the remnants of the old world, crawling with the Depraved. Infected with Lethe, they no longer remember the people or dreams they were once willing to fight for, and are left instead with familiar voices that whisper dark and unfamiliar words within their minds. Instinct is all that keeps the diseased struggling to exist another day.

Deep underground, below Iris, exists a compound, prison to the Nameless who traded their freedom for the cure to Lethe. It is here that 736 fights to protect those she loves. Not against the Depraved that she's taught to fear, but against the society that saved her from that fate. She was willing to trade away her rights to regain the ability to form memories, but she won't let the cult that cured her treat the lives of the Nameless like a resource to be used and discarded. At least, not without a fight.

How much is 736 willing to sacrifice for revenge against her captors? For those she cares about? For freedom? Everything has a cost, what would you be willing to pay?