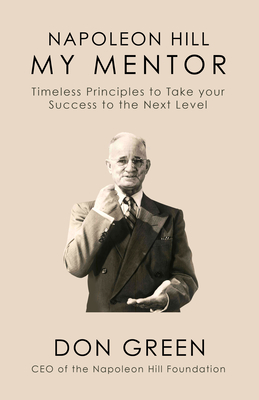 Napoleon Hill, born in the Appalachian town of Pound, Virginia, is best known for his world-renowned best seller, Think and Grow Rich. Among the ten top selling self-help books of all time, it contains many of the success secrets he learned as a result of a commission from Andrew Carnegie to write the world's first philosophy of success. Don Green, the son of a coal miner, was also born in Appalachia. Don always had an entrepreneurial streak and had many business successes. At forty-one he became the CEO of a bank on the verge of collapse. Running it at a profit for the next eighteen years, he was 60 when it was sold and Don was asked by the trustees of the Napoleon Hill Foundation to become their executive director. With his love for books and learning, particularly the works of Napoleon Hill, Don took the foundation's work to a new level of success. Don succeeded by applying the principles that his mentor Napoleon Hill taught. In this book, you'll develop a deeper understanding of both of these outstanding individuals and learn:
Get ready to apply Hill's time-tested tools for success and make your dreams a reality.