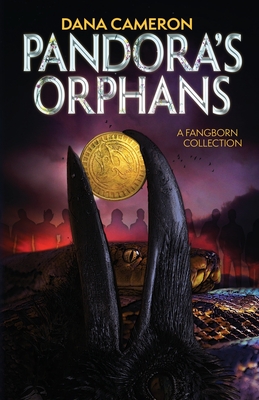 The Fangborn are werewolves, vampires, and oracles dedicated to protecting humanity. Known as "Pandora's Orphans," the Fangborn Family is the hope that was left behind when evil was released into the world. Through the millennia, they've tracked and fought that evil in secret.

Since 2008, and the publication of "The Night Things Changed," ten award-winning tales of the Fangborn have been published in best-selling anthologies and magazines. They are collected here for the first time, with an all-new adventure, never before published.

Nationally best-selling author Dana Cameron writes across many genres, but especially crime and speculative fiction. Her work, inspired by her career in archaeology, has won multiple Anthony, Agatha, and Macavity Awards, and has been nominated for the Edgar Award. Several of Dana's archaeology mysteries appear as the "Emma Fielding Mysteries" on the Hallmark Movie & Mystery Channel.

"The Fangborn are unlike any other fictional werewolves and vampires either of us have ever seen, and trust us when we say we've seen a lot of werewolf and vampire fiction. Then Dana took that original concept, added historical depth, and extrapolated beautifully to create her world. It's an amazing achievement."- Charlaine Harris and Toni L.P. Kelner, from the Foreword

Praise for Seven Kinds of Hell

"...a fresh series debut that should appeal to urban fantasy fans looking for something a bit different from the generic werewolf tale." Library Journal

"Cameron's bright prose is a refreshing treat in the first in her Fangborn series. Readers will enjoy the thrills and spills of archaeologist heroine Zoe Miller as she discovers the surprising delights of werewolfism and the meaning of artifacts dating back to Pandora's Box." RT Book Reviews