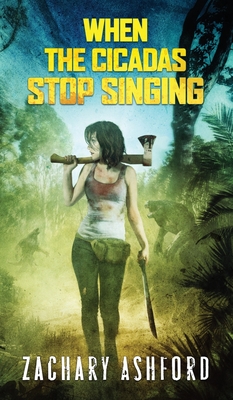 When the poison gas first leaked out of the ground, mankind thought the horror would be over in no time.

When the lizard-men followed, swarming the land, slaughtering indiscriminately, those who survived scattered to the hills and the forests. Most did not last long.

But Cora, who found refuge and made a home in the mountains where she lives with the memory of her dead son, still fights. Tenacious, she lives wild and protects that home from the lizards who seek to kill her.

Because man has arrived, and he is not friendly.

In this terrifying fight for survival, Zachary Ashford blends the thrills of the creature feature genre with the claustrophobic atmosphere of a home invasion.