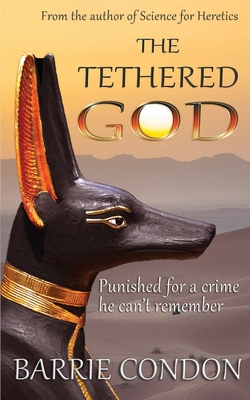 FROM GOD TO DOG

From the mind that brought you Science for Heretics,

When Khafre, the mighty Egyptian God-King, died four and a half thousand years ago, he expected an eternity in paradise. Instead, he found himself in modern-day Cairo, trapped inside the lowliest of creatures, a police dog who earns its living by sniffing out bombs.

Yet, nightly, vivid dreams taunt him, conjuring up a brilliant life of wealth and power. As his past life reveals itself, he discovers himself to have been a man willing to pursue heresies, break sacred boundaries and even murder for the woman he loves.

But nothing in these memories explains why the gods have chosen to punish him so severely. Enduring endless humiliations in a new life he doesn't understand, and unable to communicate his predicament, he finds himself suddenly

thrust into a plot to kill millions of people. Helpless and alone, he must fight to save Egypt and his own soul.