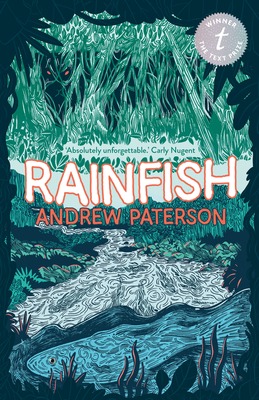 WINNER OF THE TEXT PRIZE FOR YOUNG READERS

Rainfish is a charming and profound book about a young boy called Aaron who makes a bad decision in the heat of the moment and his struggle to alleviate his guilt and stop the rains he thinks his actions may have caused.

An absolutely unforgettable book.--Carly Nugent, author of The Peacock Detectives

Aaron lives with his mother and older brother in a small town on the edge of a rainforest. He's sick of being the little brother, left out of everything the older kids get up to. So when he meets Damon he's keen to impress him. It's all going well, until Damon suggests they break into the local church. Aaron's nervous and uncomfortable. But he can't back out now--he's only just beginning to be accepted.

When the theft is reported in the local newspaper and the police knock on the door, Aaron finds himself in a tangle of lies. His deep sense of guilt begins to overwhelm him. And then, when he discovers that the fish in the old bath in the backyard--the ones he'd caught in the river in the rainforest--are the rainfish of local legend, he becomes convinced that he is responsible for the terrible rainstorms and floods that devastate the town.

This is a warm and humorous middle-grade novel exploring childhood innocence, and the consequences of an impulsive mistake.

Andrew Paterson is a medical doctor. He has a graduate diploma in Creative Writing from the University of Melbourne. He lives and works in Far North Queensland, where Rainfish is set.