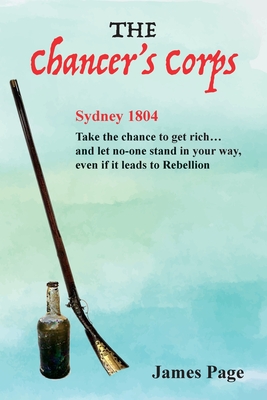 New South Wales, 1804.The Chancer's Corps tells the story of the Rum Rebellion, the only military coup in

Australia's history. When William Bligh, best known for the mutiny on the Bounty, arrives in Sydney to

become Governor in the early 1800s he intends to break the New South Wales Corps, soldiers more notorious for corruption than for any military exploits.

The chancer's of the Corps have already taken on Irish rebels and Aboriginal warriors, and endured flood and the threat of famine.

Now they will confront Bligh and his cronies; neither side will give in, and soon neither side can afford to lose with politics played out at the point of a gun.

The debut novel by James Page reminds the reader that our 'cult of personality', ' mutiny on the Bounty is

nothing new and the lessons of yesterday still resonate today.