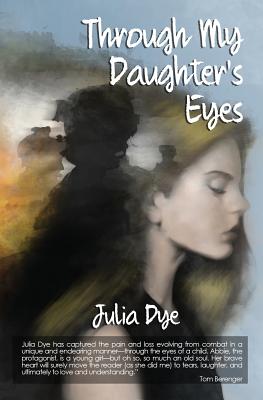 Through My Daughter's Eyes is a long-overdue and much-needed look at what it means to come of age in a military family today. Tween and teen are never easy ages for kids, but when those years are spent amid the turbulence and separations inherent in a military family, the road can be particularly rocky.

That's what facing middle-school student Abbie, who is wiser than most girls her age--and wiser than most of the adults in her topsy-turvy life as the only child in an Army family. She's equal parts Flavia de Luce and Harriet the Spy, because she needs to be. "My best friend is another Army brat," she says. "Megan and I had a plan to get through Dessau Middle School (Go Diamondbacks ) by being just good enough to not get noticed but not so good we'd draw attention. It worked--for a while."

The plan gets muddled when her father is deployed to a combat zone--again--and her mother falls apart. That leaves Abbie in charge of her own life at an age when that burden is both unexpected and heavy to bear. When her Dad returns, he's changed, and not for the better. Abbie now has a bigger and more confusing set of problems. How she copes, how she manages to modify her life and deal with the suffering of those she loves is a fascinating story and a tribute to the spirit many claim has been bleached out of American kids.