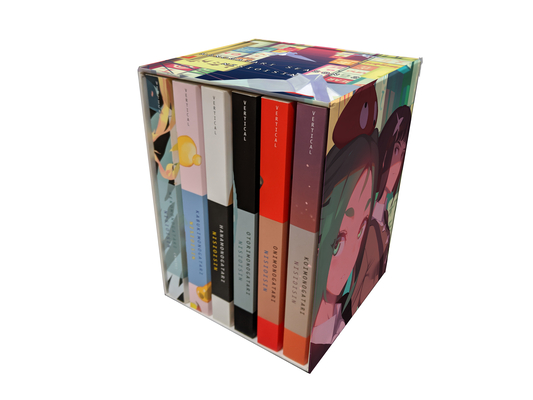 From the popular MONOGATARI series by NISIOISIN comes the second season of the novels in a beautiful new box set.
VOFAN has created brand new artwork exclusively created for the project, which wraps around the package.
Plus a beautiful art card included as a bonus item, which showcases the Season 2 characters.

NISIOISIN works often cover themes of youth, but are framed in genres that are familiar to the masses. His works tend to mix mystery with comedy and touches or romance and/or the supernatural. Many of his works have been adapted into animated television series and films. His best known works are the Monogatari Series and Katanagatari.

Appraised by the fans around the world as "The Magician of Light and Shadow from Taiwan", VOFAN is famously known for using vibrant art style with unique camera techniques in his artworks.
As the main illustrator for NISIOISIN's novel series for over a decade, VOFAN has illustrated more than 30 book covers, dozens of original character designs, illustrated for magazine covers such as Famitsu and Fancy Frontier Magazine.