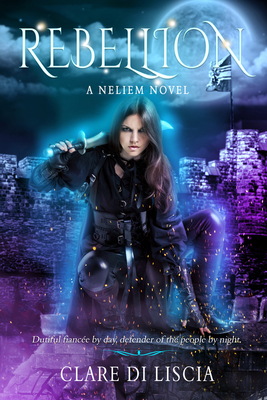 Oriana & Ezra are finally reunited and awaiting the impending bonding of their seemingly never-ending betrothal. Much to the dismay of Playa Del Sol, as Mayor, Ezra has ordered all spirits sequestered to local cemeteries. While dutiful fiancée during the day, at night Oriana returns to honing in on her hero NELIEM, righting the wrongs against her people with the vengeance of a true warrior.


REBELLION is the sequel to NELIEM, a 3x YARWA winning Young Adult novel from Clare DiLiscia.