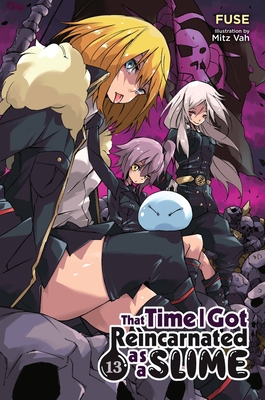 This is book number 13 in the That Time I Got Reincarnated as a Slime (light novel) series.

ABANDON HOPE, ALL WHO ENTER HERE

The Eastern Empire’s vast army (over 900,000 strong) is ready to invade the Forest of Jura. Thanks to Ramiris’s mind-boggling powers, Tempest’s entire capital—buildings, inhabitants, and all—has been evacuated into the nation’s labyrinthine Dungeon. While Primal Demons Testarossa and Ultima kick some serious imperial butt over on the front lines, the rest of the Empire’s army attempts to storm the Dungeon. Little does the enemy know, however, that they’re about to face a devastating bloodbath at the hands of Tempest’s own mighty forces…